For many years, Nordic Lights has been a pioneer in the production of lighting solutions in a wide range of fields. Over the last year, the company’s products have started appearing in a completely

new context – on some of the world’s most well-known race tracks. The reason for this is that the German Rinaldi Racing team, which competes in the Blancpain GT Series with Ferrari, has chosen to use Nordic Lights’ products in those races driven in darkness. That, in turn, is explained by the fact that Rory Penttinen, from Nykarleby in Finland, drives one of their cars.

In fact, Rinaldi Racing had already switched over to Nordic Lights in 2017. Rory Penttinen had driven a 24-hour race in Dubai in a different series, in which he won alongside German Pierre Ehret. Penttinen made such a good impression on Ehret that when he needed a driver for a race in the Blancpain GT Series on The Circuit Paul Ricard in France, he contacted the Nykarleby driver once more on short notice.
– It was during the preparations for that race that the idea of looking at what Nordic Lights could offer when it came to lighting was born. The experience from the race in Dubai, where we drove in darkness for 13 hours and in daylight for 11 hours, was that our lighting was very bad, and when I complained about this, team manager Marcus Jansson noted that we do in fact have a company in our region that knows lighting. And when we got in touch with Nordic Lights, it turned out that they had something much better already on the shelf than what we used that day, says Penttinen.

Considering the tight schedule, it was absolutely essential that Nordic Lights had a solution that could be used as is. Another decisive factor was that Nordic Lights has expertise in computer modeling different light patterns.
– It was quite interesting that, when we here at Nordic Lights tried simulating illumination with the settings and configurations that Rinaldi used, it was clear that they had been thinking completely wrong. Thanks to the simulation, we could fix the problems and create an optimized lighting system, says Marcus Jansson. 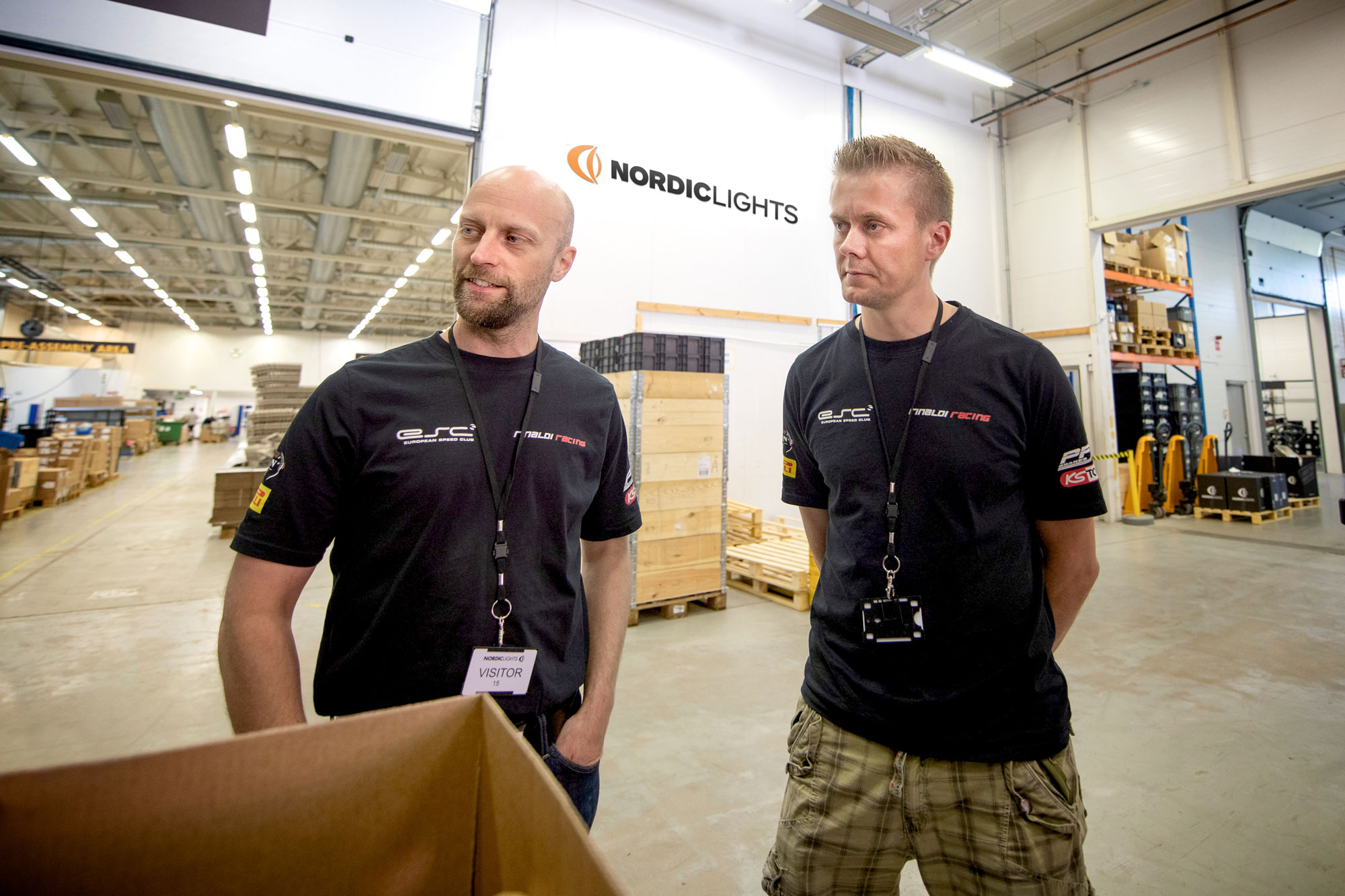 Both of Rinaldi’s Ferrari 488s were equipped with NORDIC LIGHTS® Scorpius lights and in addition to the race at Circuit Paul Ricard, Rinaldi also chose to drive with Nordic Lights during the second race that took place in darkness, at the classic Circuit Spa-Francorchamps in Belgium.
– Rory did not participate in that competition, so the fact that they then decided to keep driving with Nordic Lights of “free will” shows that Rinaldi was very pleased with the Scorpius lights’ features, says Marcus Jansson.

Last year, Rory Penttinen only raced in one event of the Blancpain GT Series. However, this year he will drive the full season.
– The level in the Blancpain Series is extremely high, and there are even drivers who have Formula One experience. For my own part, I see this as yet another step toward reaching my goal of one day being able to make a living as a racing driver. Another dream of mine is one day to get to drive the 24 Hours of Le Mans, says Rory Penttinen.

At Nordic Lights, this cooperation with Rory Penttinen and Rinaldi Racing is seen as an opportunity to gain new insights and create opportunities.
– We like, and want to support, the driving spirit that Rory and his entire team show. We might not launch products specifically for race cars, but this gives us a chance to come into contact with new conditions where we can discover something that we can make use of in the future, says Maria Nybäck at Nordic Lights.

Herrmans/Nordic Lights CEO Tom Nordström notes that even if race cars do not make up a significant customer segment, a racing driver’s requirements and demands of performance and durability are not unique.
– We make work lighting, and Rinaldi Racing’s Ferrari is also a workplace where the operator, in this case the racing driver, needs the best illumination possible to succeed at their work.

Email Us Call Us